The Official Music game of the FILM & Opera 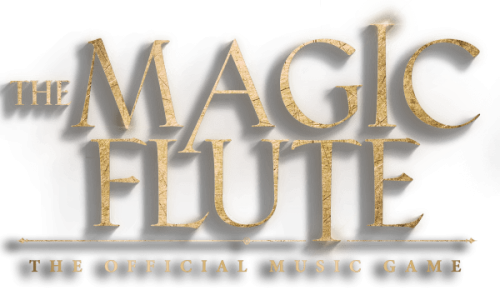 You and Tim will confront incredible musical challenges together!

Play with a REAL soprano recorder or tap on your device!

No loot, no subscription! Test before purchasing it! Just 9,99€! 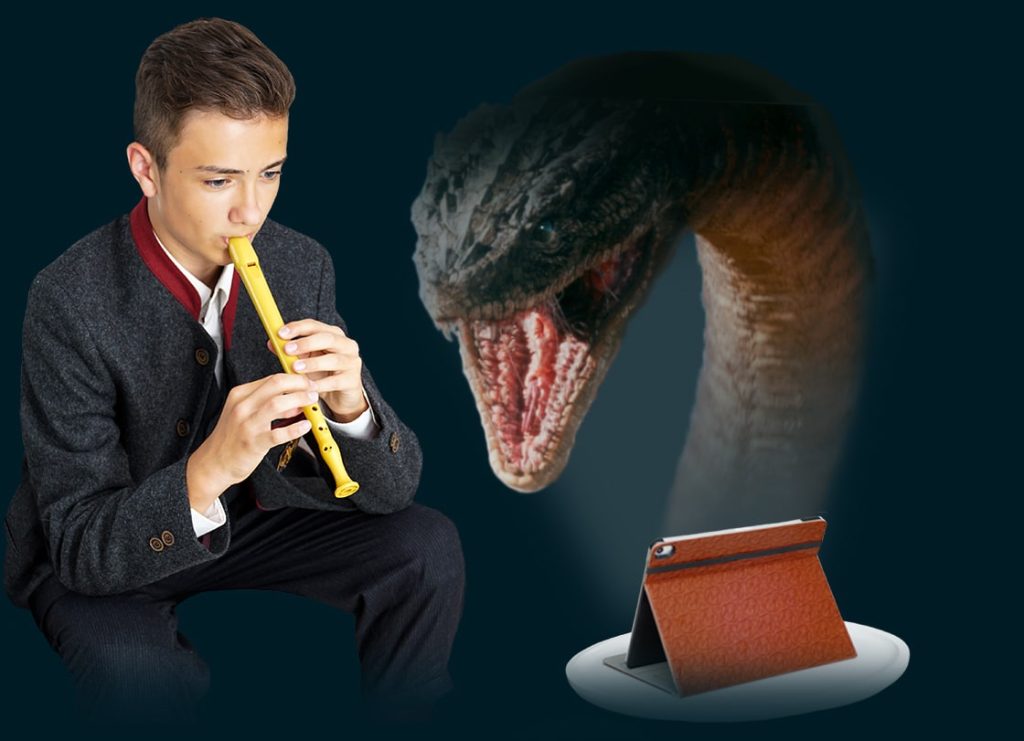 EXPERIENCE THE FILM STORY and face MANY challenges

You will follow the steps of Tim between the real and magical world to free princess Tamina! While meeting the movie characters, you will unleash your musical skills and unlock exclusive content.

Unique Gameplay for the best experience

Choose between playing it like the best rhythm game through our innovative piano interface or using a real soprano recorder! Yes, you are reading it right! By selecting the recorder mode, the app will listen in real-time and give you feedback on what notes you are playing!

Tap the screen or learn the recorder step-by-step. Noticeable results already in the first minutes.

Play along the 24 awesome-sounding adaptions from Mozart’s opera, learn to play the musical notes, and impress your family and friends with your new musical skills, showing that Classical Music is cool and fun!

All music pieces were adapted to introduce you to playing the melodies even without prior musical experience. The better you play, the better it will sound.

The app was made for kids (6+) and even for all musical beginners of all ages.

An adventure awaits you

Together with Tim and Papageno, you will need to rescue the princess Pamina and challenge the Queen of the Night with your musical skills.

Experience the story of the film based on the opera and meet all its characters, such as Sarastro, the Three Ladies, Papagena, Monestatos and many more.

Oh, you never played the recorder before? No problem! The game was developed with worldwide recognized educators and you will notice your improvements in the first minutes!

For that you will find tutorials on learning step-by-step your musical instrument. If you don’t have a recorder, no problem – for that just use the piano-interface which also will be explained to you.

In The Magic Flute, you will get TO KNOW THE main characters of the film and opera.

Learn more about the film
and watch the official trailer

One night, 17-year-old Tim (Jack Wolfe), a singing student at the legendary Mozart boarding school in the Austrian Alps, discovers a centuries-old secret portal that catapults him into the fantastic world of Mozart’s “The Magic Flute”. As Prince Tamino, he meets the funny bird catcher Papageno (Iwan Rheon), who will help him has to face dangerous perils to free Princess Pamina (Asha Banks) from the clutches of Sarastro (Morris Robinson). But even during the day, Tim’s everyday school life is not boring: he tries to get the coveted leading role of Tamino in the annual school production of “Magic Flute”, and also gets to know the tough Sophie (Niamh McCormack), who really turns Tim’s world upside down…

In this surprising version of Mozart’s “The Magic Flute”, the classic opera becomes a thrilling and touching film adventure for all ages. In addition to newcomer Jack Wolfe, known from THE WITCHER, many international acting greats, popular German actors such as Tedros “Teddy” Teclebrhan and Stefan Konarske, but also internationally acclaimed opera stars such as Rolando Villazón, Morris Robinson and Sabine Devieilhe act as “Queen of the Night”.

With THE MAGIC FLUTE, the producers Christopher Zwickler, Fabian Wolfart and director legend Roland Emmerich have created a film that blends spectacular effects and a fairytale story into a fantastic adventure.

App + instrument + accessories
100% made in germany 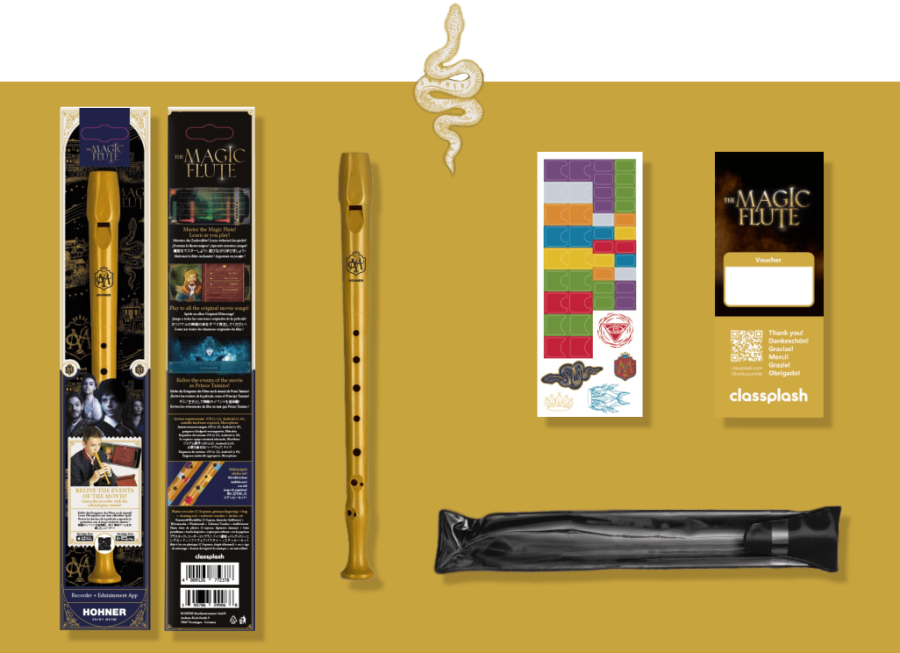 Be the first to be informed when

the app gets a new update.